I’m back from my vacation in Japan! And, it was awesome ❤

It’s hard to choose our favorite moments from this trip, but here are some of the highlights! 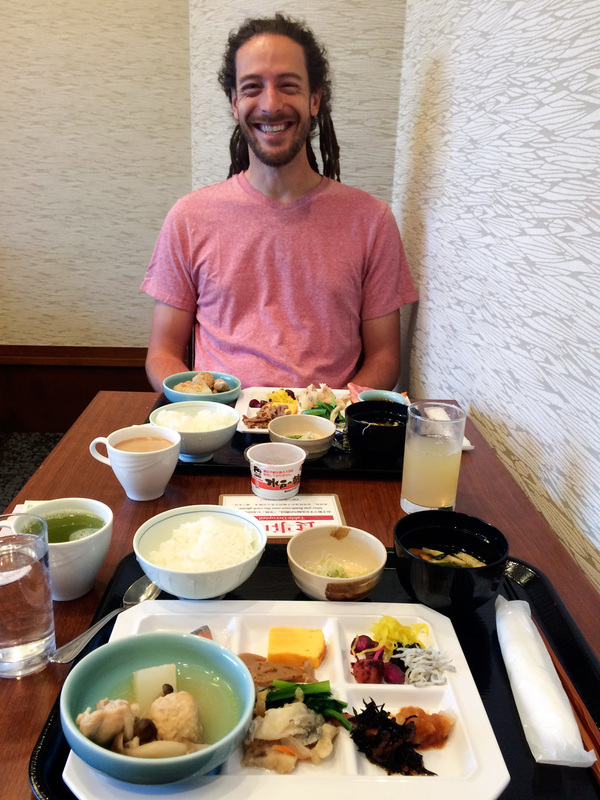 I almost always book hotels that include breakfast buffet because Japanese breakfast buffets are THE BEST. There are usually a few different kinds of rice, several veggie dishes, meat and fish, pickles, soups, condiments, pastries, fruits, coffee, tea, etc. etc. We ate SO well while we were there. 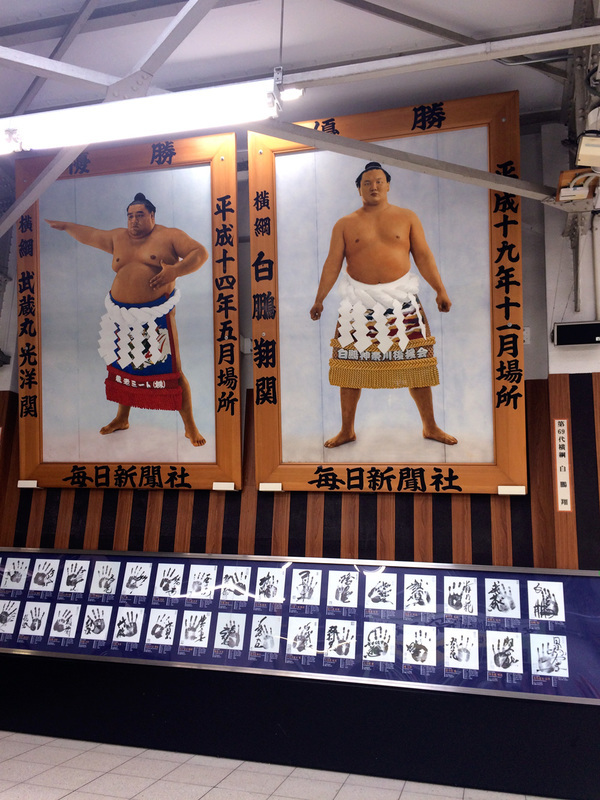 We stayed in Ryogoku, Tokyo for the first couple of days. Ryogoku is the Sumo capitol of Japan. They have these portraits and hand prints of sumo champions at the station. 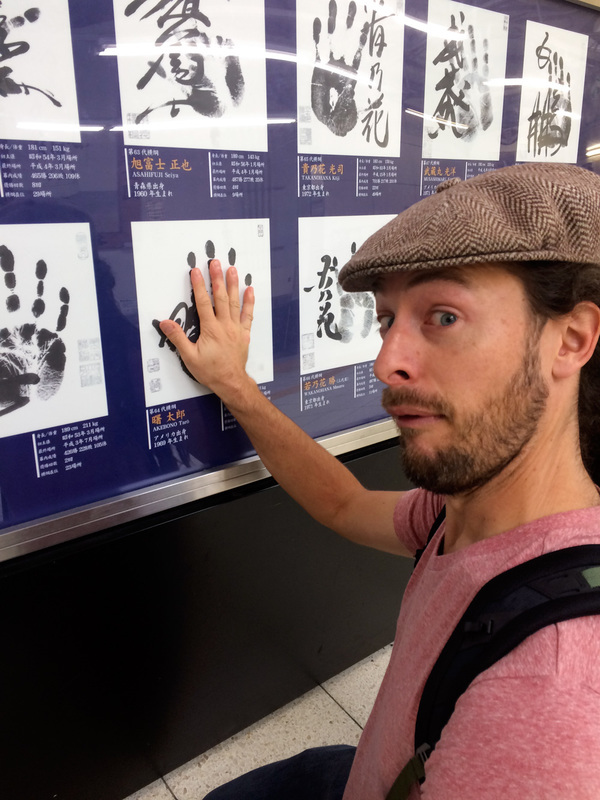 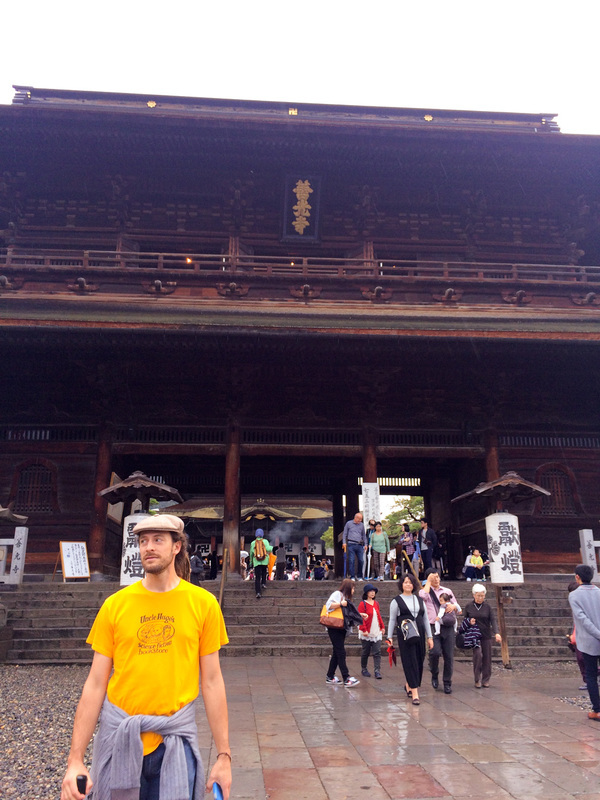 After Tokyo, we took a bullet train to Nagano.

We accidentally joined the underground tour at Zenkouji temple, where you walk in a pitch black darkness for like 20 minutes (it felt like an eternity) guided only by feeling the wall next to you.

The idea is you find a “key to heaven” mounted on the wall but it’s so sacred, you’re not supposed to see it. Your eyes never get used to the darkness and there is no going back, so you just keep going forward even if you’re freaking out… It was surreal! 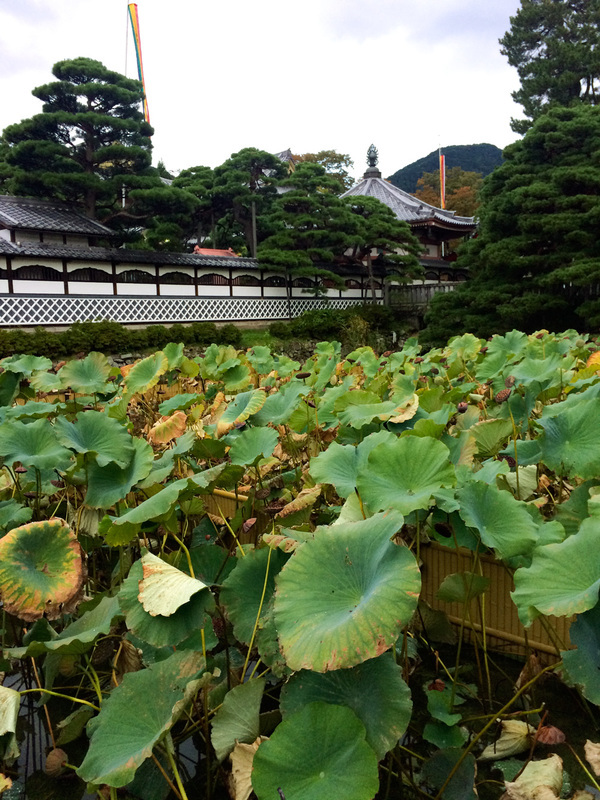 Lotus in the pond. 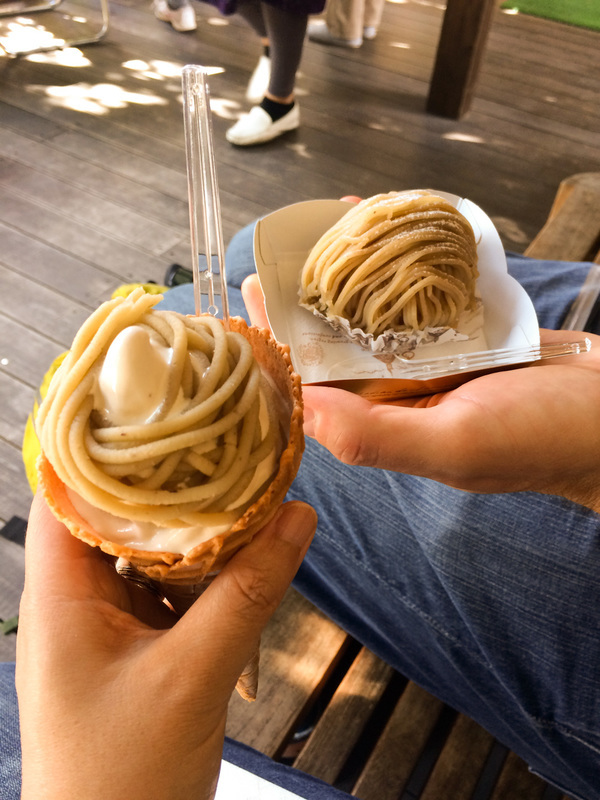 It was the height of the chestnut season in Japan. We tried to eat it in all forms possible. Here we’re enjoying mont blanc soft serve (by the way, the Japanese LOVE their soft serves. If you see a sign for “ice cream,” 99% of the time, it means “soft serve.”) and regular mont blanc. 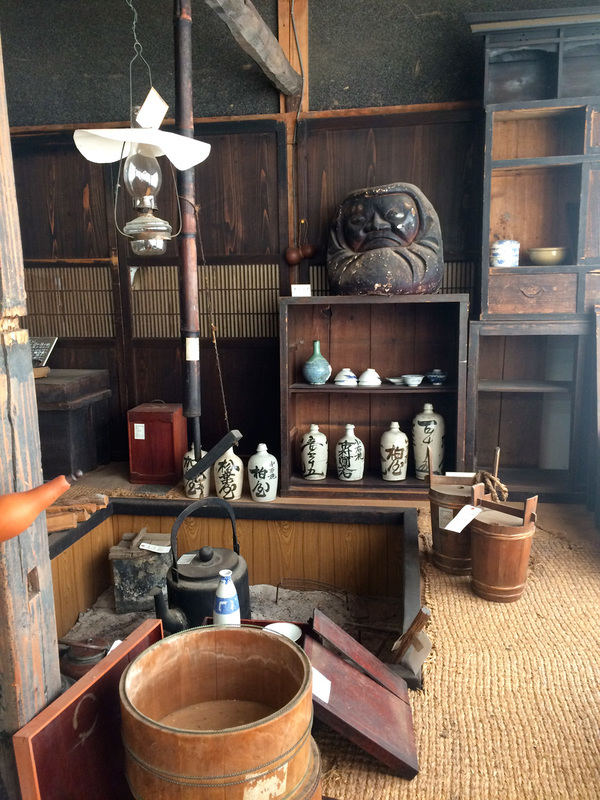 We spent a day in Obuse, which is a little town 30 minutes outside of Nagano city. In Obuse, we stopped at their folk history museum.

Museums and other recreational facilities are super cheap to get in there. This one was only 100 yen per person to go in (that’s about 88 cents). The most we paid to get in to a museum was 1,200 yen (about $10.50) for Hokusai Museum in Tokyo, where you can see the Hokusai originals – but still a really good deal when I think of going to an exhibit at Seattle Art Museum! 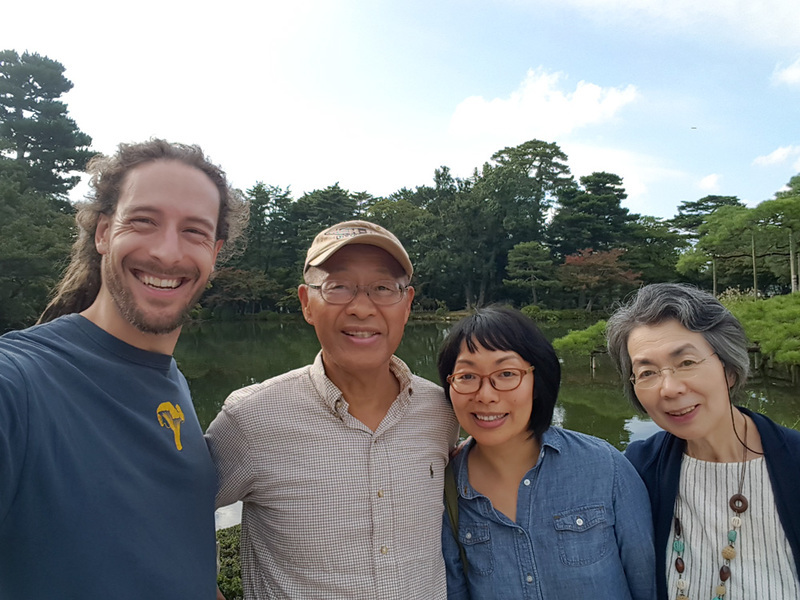 Then we traveled to Kanazawa, Ishikawa prefecture, and met up with my parents! They’d driven for 6 hours that morning from home to meet us there… (Also, I’m impressed with Dave’s selfie skill. No selfie stick needed!) 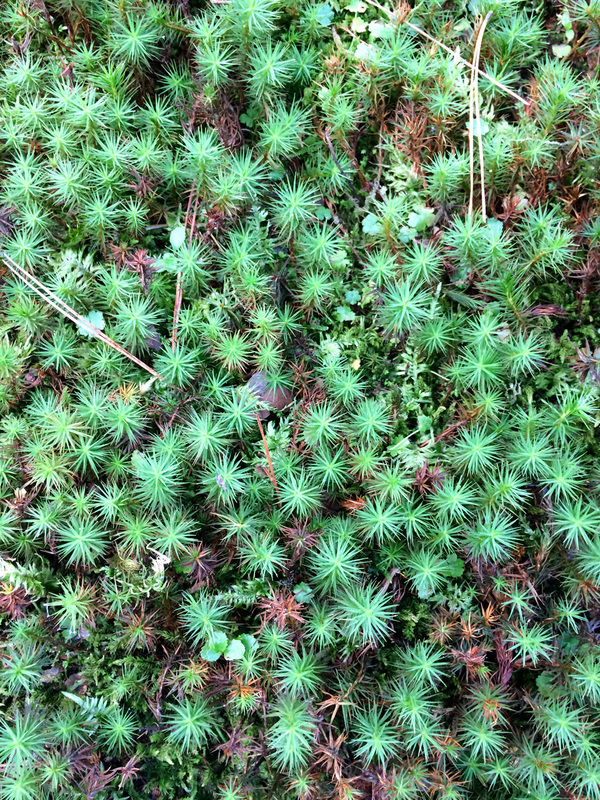 Of all the things we saw at Kenroku En Japanese Garden, I was most attracted to moss and lichens 😀 I just love their textures so much. 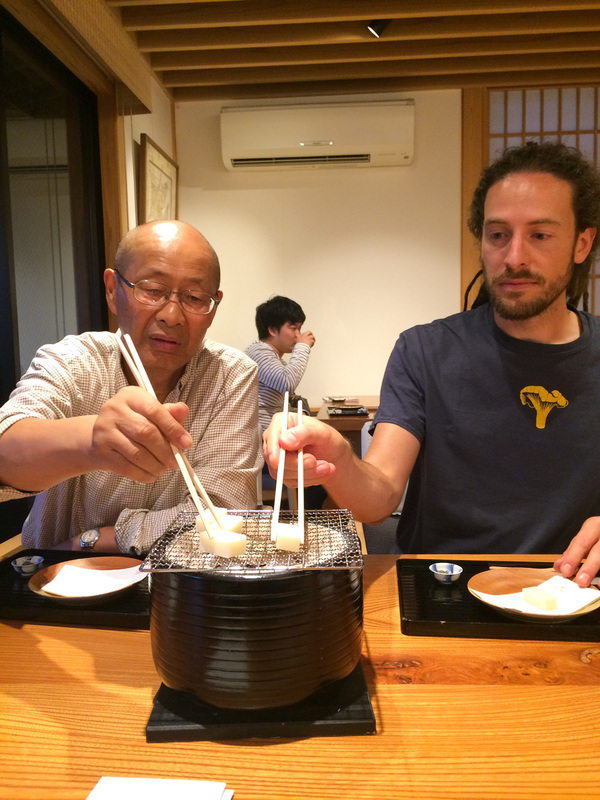 After our walk in the park and a visit to a ninja temple, we stopped for tea and treats. My dad and Dave got a sweet bean soup and they got to roast their own mochi! 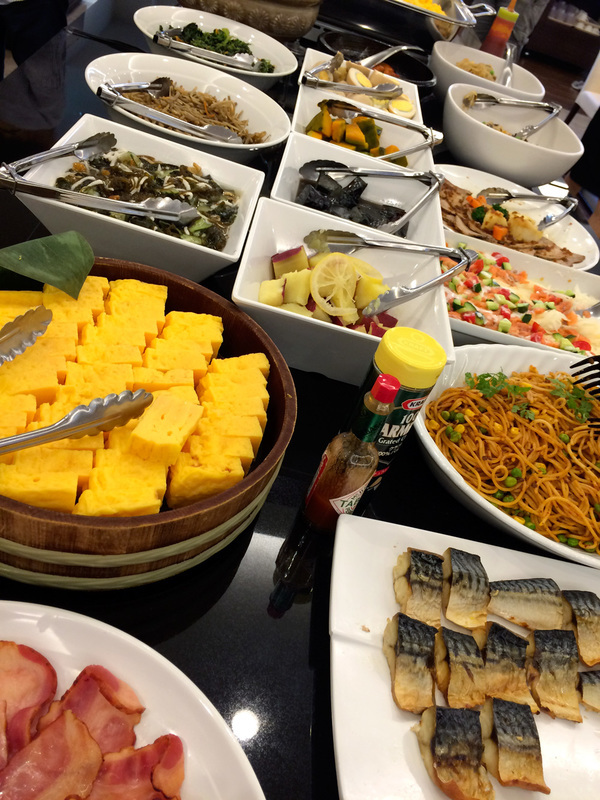 Another superb breakfast buffet at the hotel in Kanazawa… It makes me drool even now! 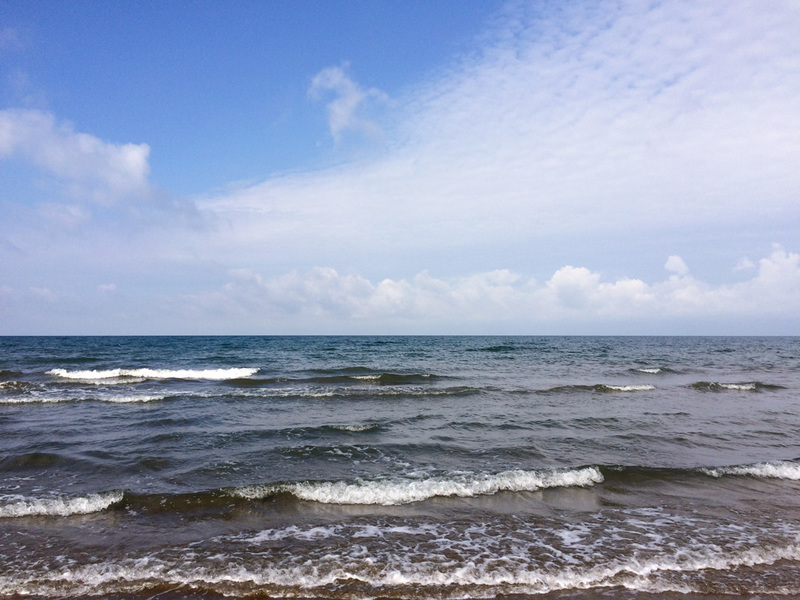 We made our way out to Noto Peninsula the next morning. We got to drive on the beach at Chiriga Hama Beach Drive. The ocean was so calming… 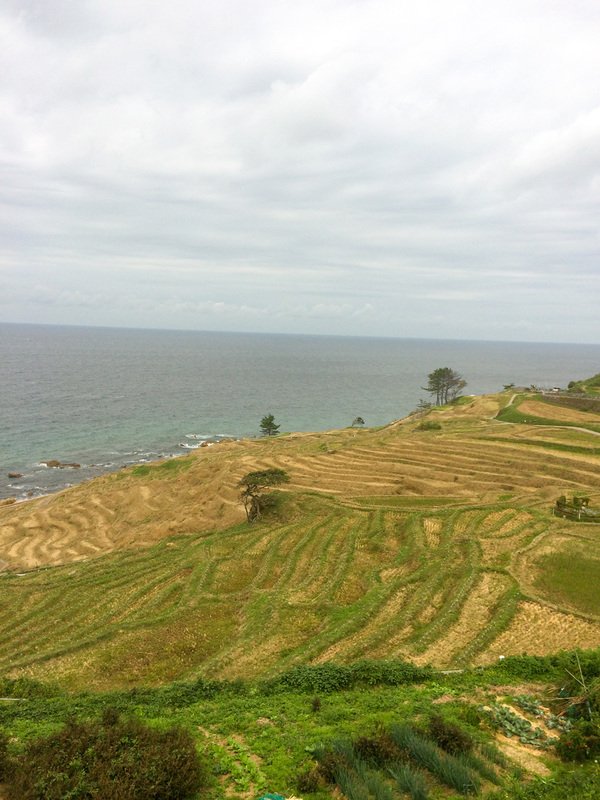 After going to Wajima morning market and having our lunch, we stopped to see the terraced rice paddies. It was overcast but still quite a view! 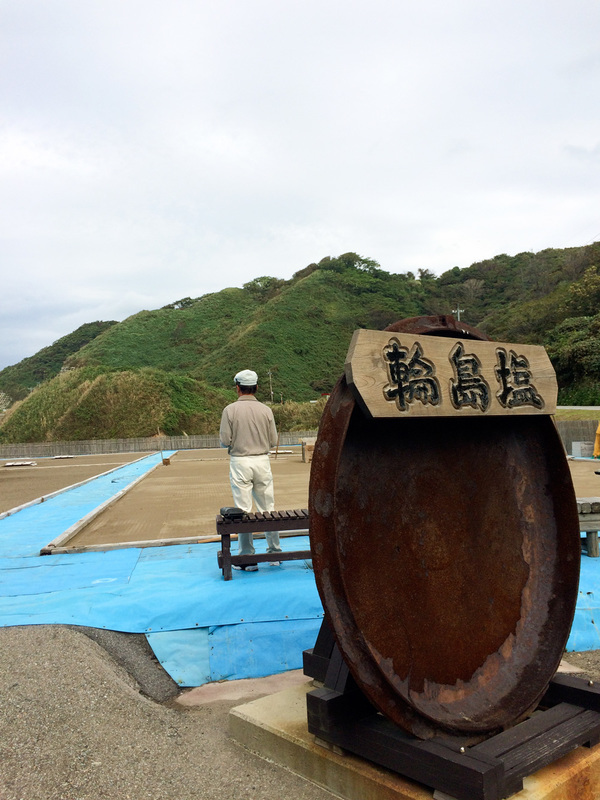 This region is known for its salt. We stopped at a salt farming demonstration site where they harvest the salt from the ocean using a traditional method. 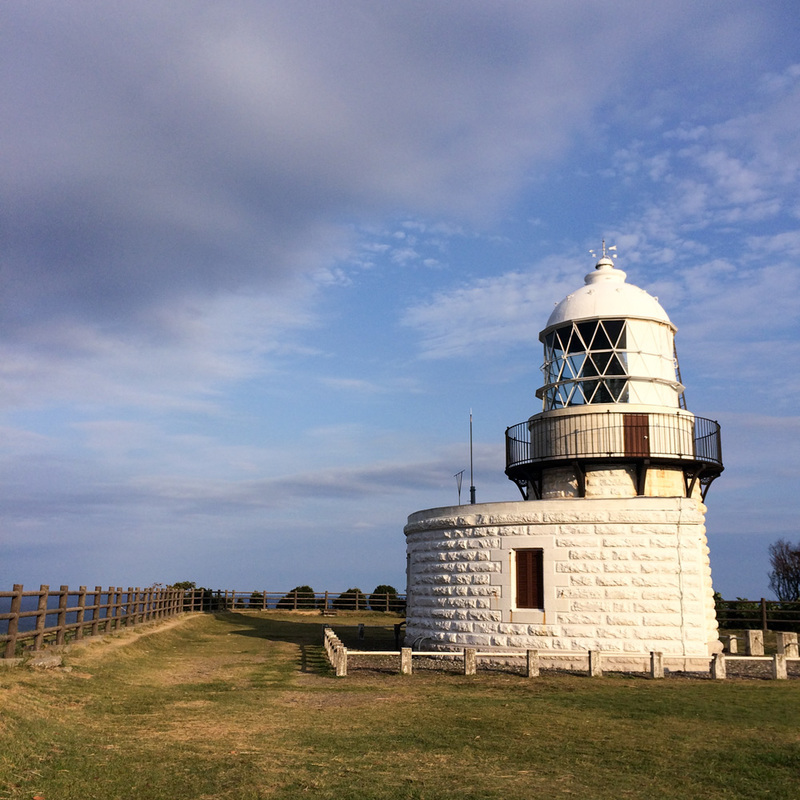 We took a hike up to see Rokko Saki light house in the afternoon. Simply stunning. 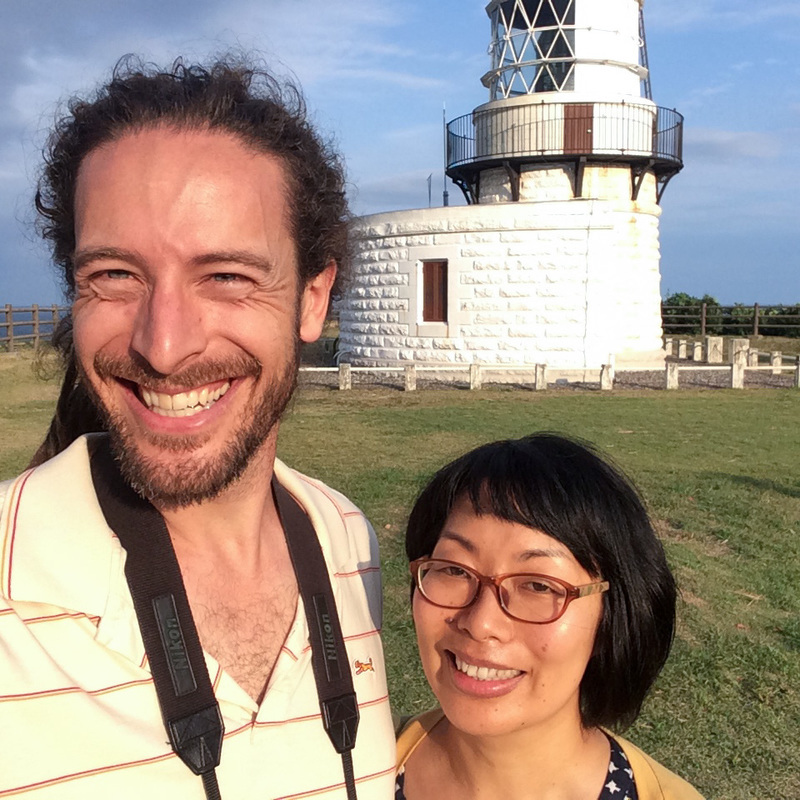 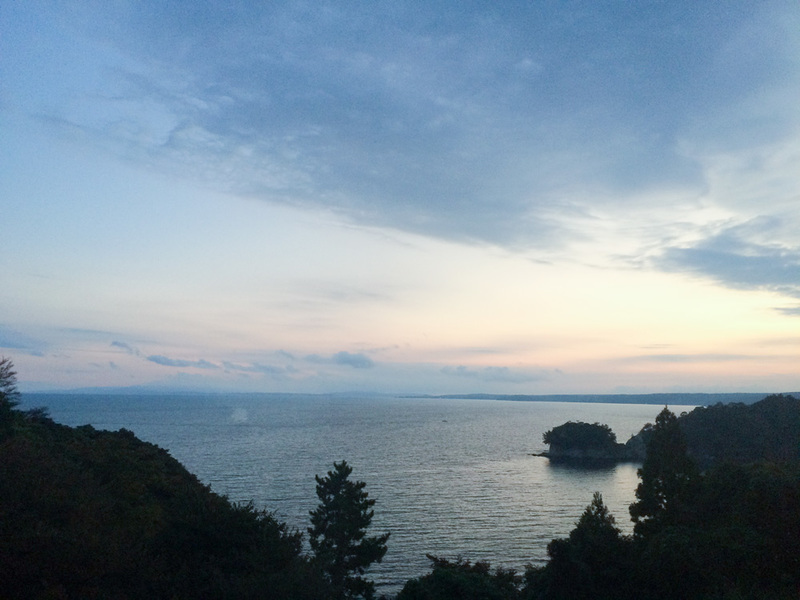 We stayed at a quiet inn overlooking the sound. Gorgeous view from our room at sunset. 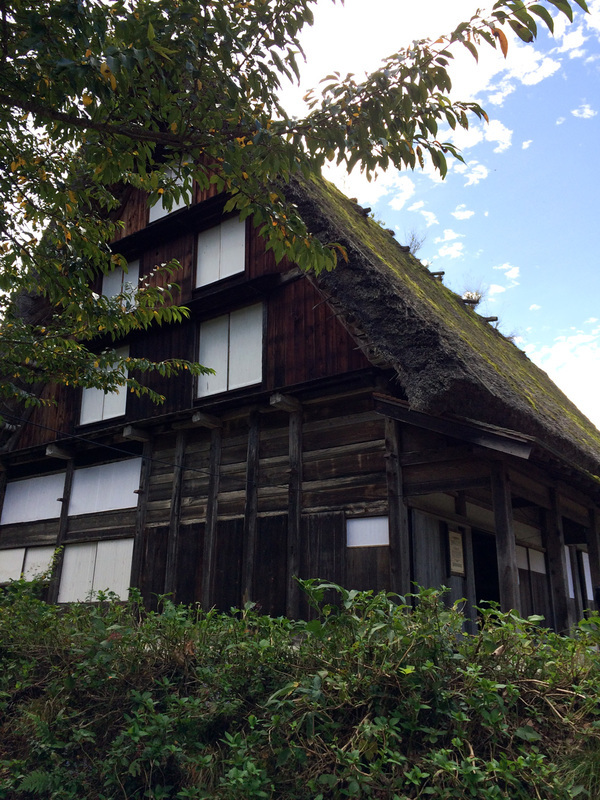 On our way back to Himeji, my hometown, we visited Shirakawa Go historic village. 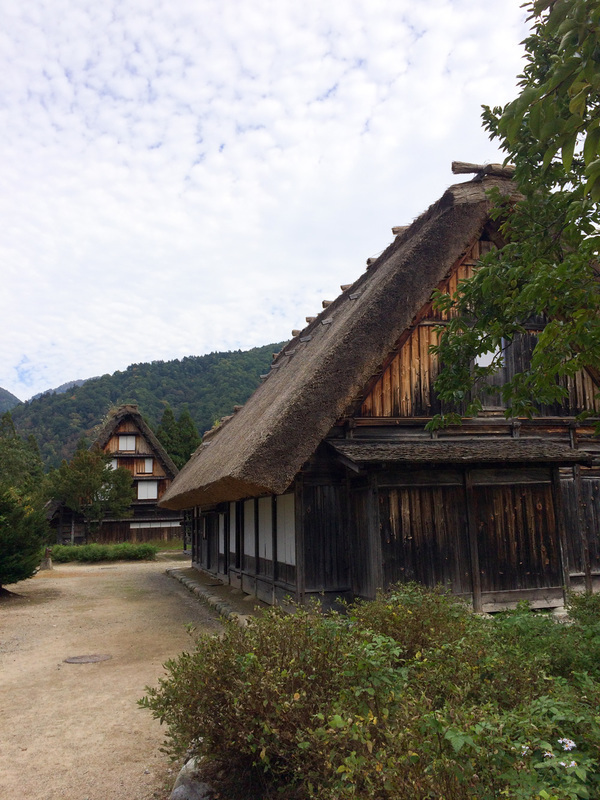 They’d moved these super old houses from a nearby village to preserve the culture and educate the public about traditional ways of living. I have no idea how exactly they’d moved these houses here, but some of the houses have been converted into a living museum so you can go in and check out the inside of the house and see the old tools etc. 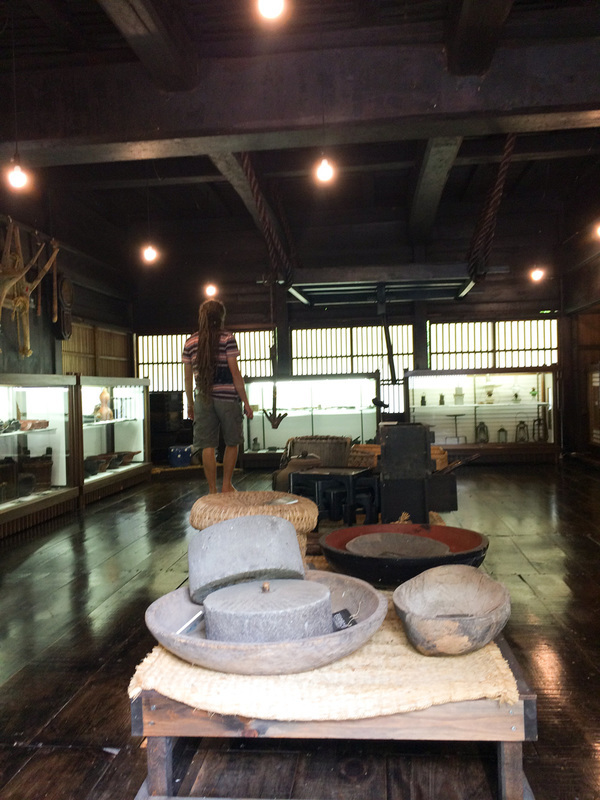 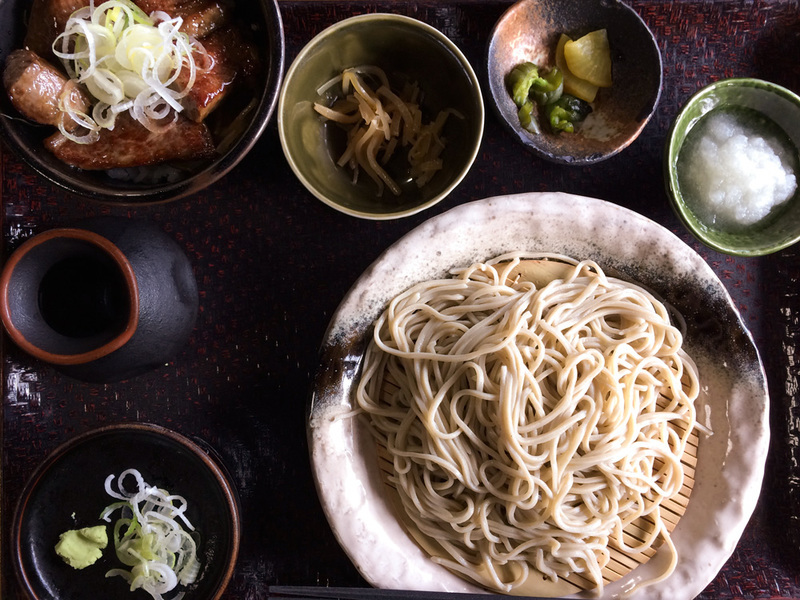 Pretty much every region of Japan has a “thing” they’re known for. I tried theirs for lunch: soba noodle and beef steak rice bowl! Delicious! 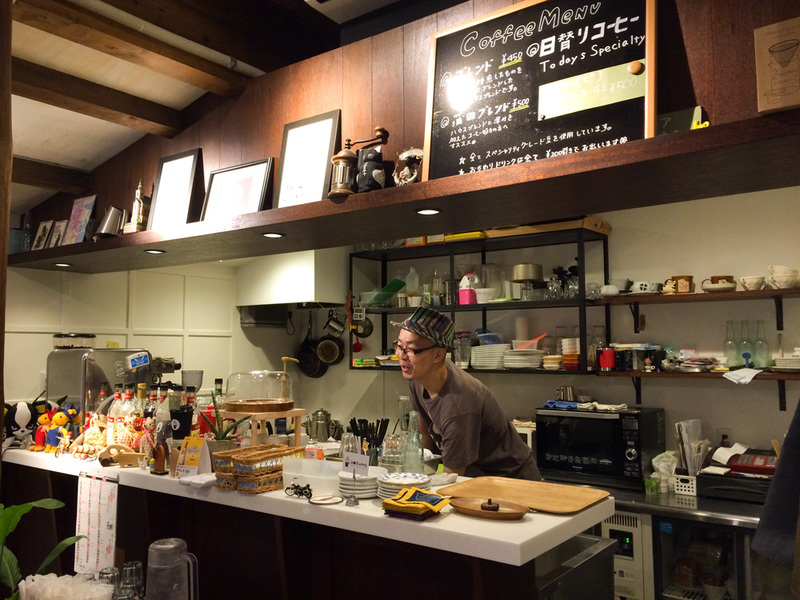 We got back to Himeji, where I grew up, and visited my brother’s cafe, Kamada Kura No Coffee! Weee! 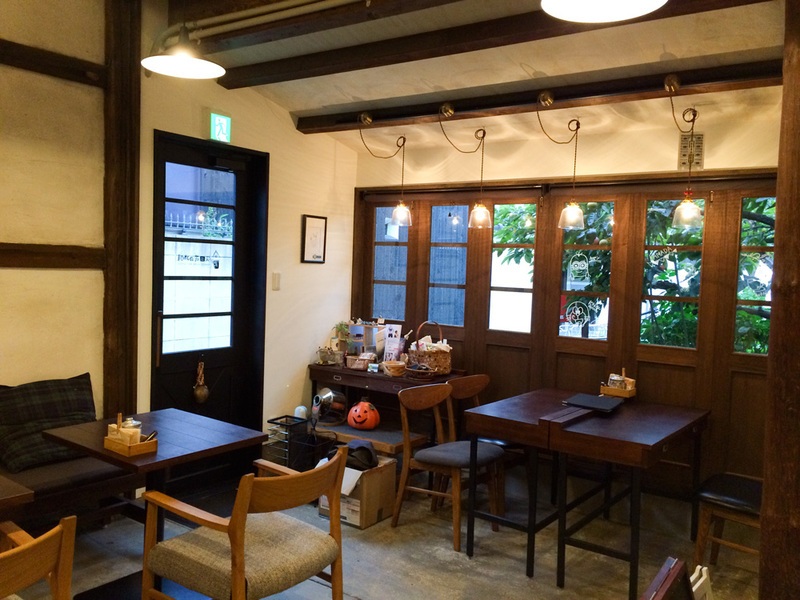 My brother opened the cafe about 2 years ago. It had been his dream for a long time, and I was beyond impressed with what he’s done! 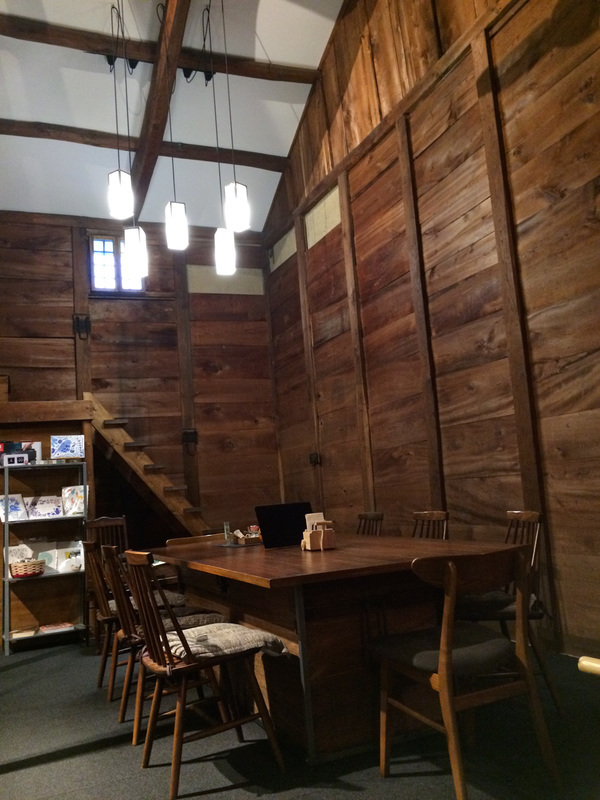 Kura is an old Japanese storage house, and he’s converted the building into a modern cafe. Much of the original structure is still there, including walls and beams that are 150 years old! 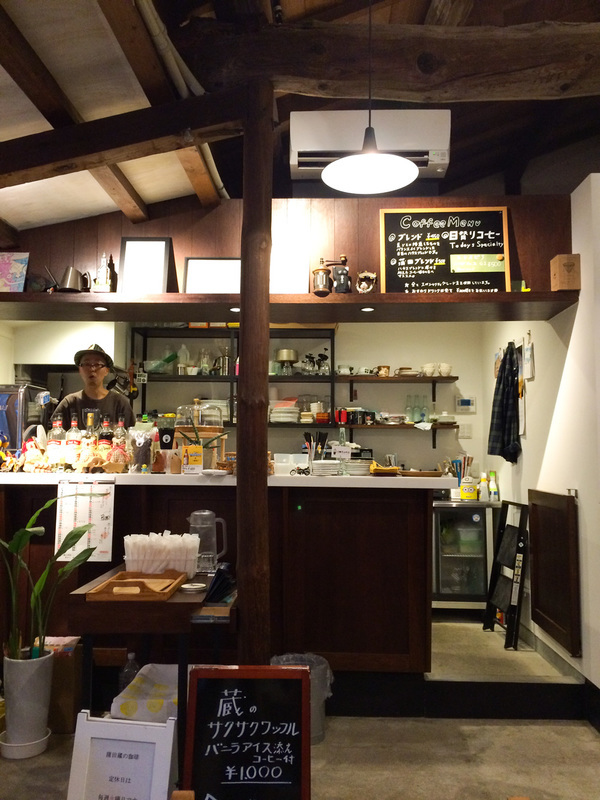 It’s a really chill space, and Dave and I were there every day while we were in Himeji 🙂 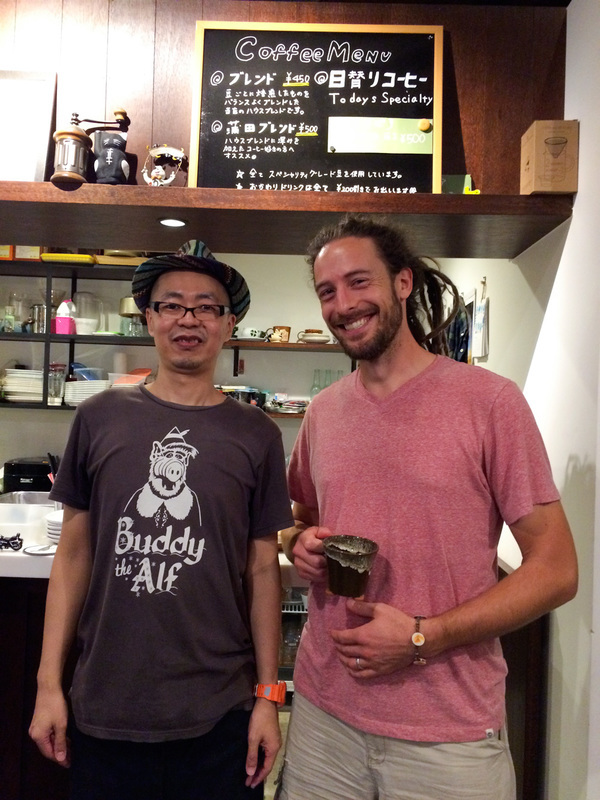 Dave says my brother’s coffee was the best he had in Japan!

Oh and I designed their logo. It was nice to see how everything fit together. 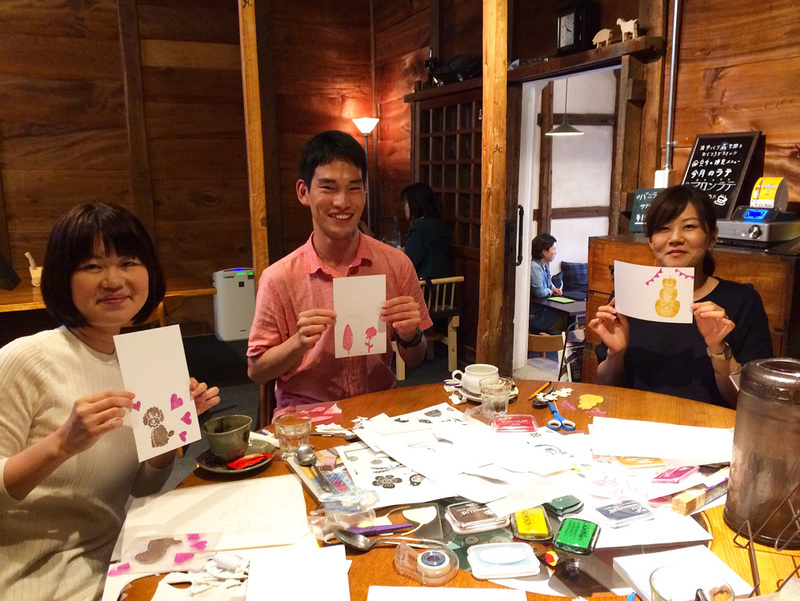 I even hosted a block printing workshop there 🙂 Now I can check off my goal to teach overseas on my goals list. 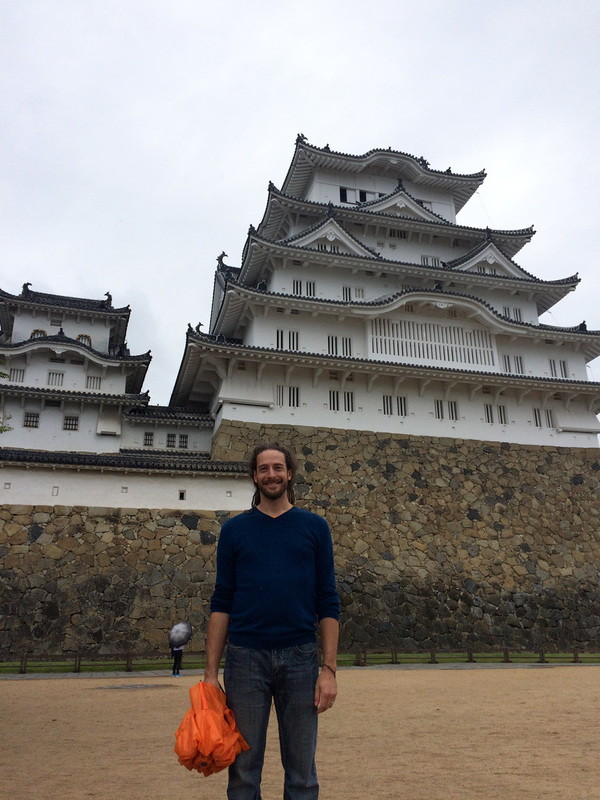 While in Himeji, we visited the Himeji Castle – it’s a pride of every Himeji person (Himejian? Himejilite?) Ask anyone in Himeji about the castle and they’ll tell you it’s the BEST in Japan 😀

Last couple of times we were in Himeji, it was undergoing renovation, so we weren’t able to see the inside. 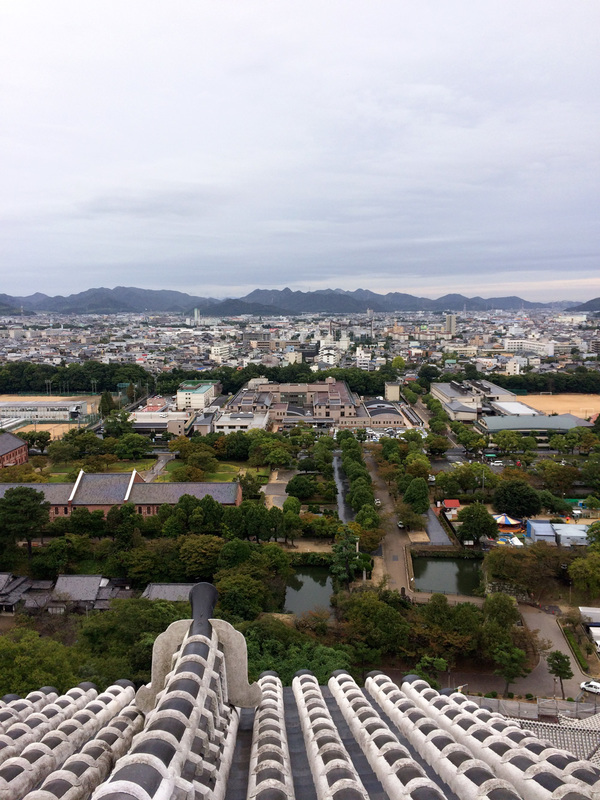 This time around, most of the construction was done so we go to see view from the top of the castle.

We had a great time there and wish it was closer – like an hour drive – so I could visit my family and friends more often.

Thanks for letting me share my photos with you! Maybe you’ll make it out there some day 🙂

This site uses Akismet to reduce spam. Learn how your comment data is processed.